If you are a current active B-17 Pilot or have completed our Hop List, you may fly our Organised Missions as a Bomber or Fighter Pilot

Beginning with Mission 74, Aug. 25, 2012, a pilot must complete 25 missions as a Bomber Pilot to become a member of the Lucky Bastards Club and 50 Missions to be awarded the Fifty Mission Cap.

These awards do not include Fighter Pilots. All points awarded previously will count, but to complete 25 missions from here on, only points will be awarded to those flying Bombers.

Beginning with Mission 74, the Fighter Escort mission tally will be indicated by  "F" in the Mission Progress List 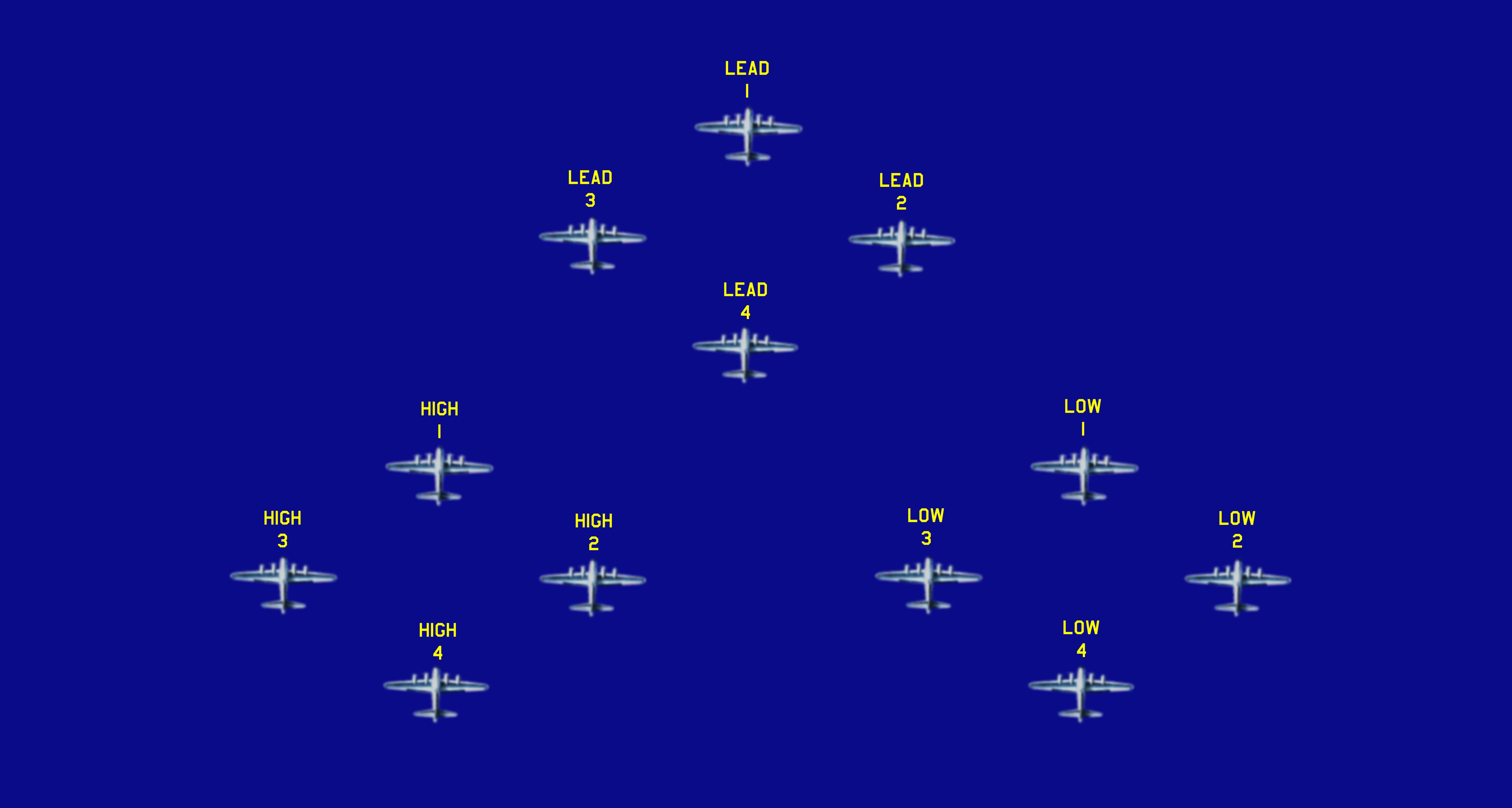 The Missions of The Ragged Irregulars

Our virtual Missions are patterned after real Missions flown out of RAF Bassingbourn by the the Ragged Irregulars of the 91st Bombardment Group.  They are presented here in the date order they were originally flown.  Many sorties had to be flown more than once.

There is little historical detail of the actual routes in these flights took.  Our flight plans represent the routes these brave crews could well have flown.  We are here to fly these Missions with reverence and respect.  We will open our Bombay doors as a salute but we will drop no bombs to disturb the memory of our predecessors

Enjoy the camaraderie of flying together in formation or fly them alone, just enjoy them for what they are.  Fly them in B-17's or the Little Friends that served as Fighter Escorts.

Mission Recreation Dates in Rust have not been flown

Mission Recreation Dates in Yellow are next to be flown

Mission Recreation Dates in Green have been flown

Links to Mission Details and Flight Plans in Rust