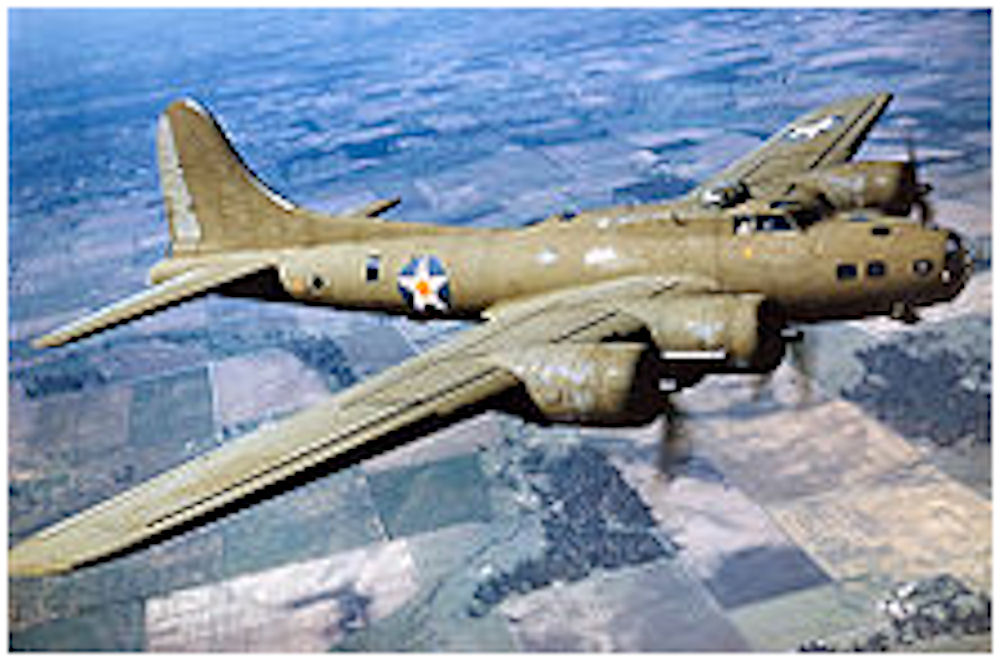 The B-17E (299-O) was an extensive redesign of that used in previous models up to the B-17D. The most obvious change was a redesigned vertical stabilizer, originally developed for the Boeing 307 by George Schairer. The new fin had a distinctive shape for the time.

Because experience had shown that the plane would be vulnerable to attack from behind, both a tail gunner and powered twin-barrel turret behind the cockpit were added to the B-17E design. Until this modification, crews had had to devise elaborate maneuvers to deal with a direct attack from behind, including jerking the aircraft laterally, allowing the waist gunners to alternate shots at enemy fighters. The configuration with 3-window box would also appear on the B-29, and also adopted by Soviet bombers as late as the Tupolev Tu-16 Badger, and in different form on the B-52. The teardrop-shaped sliding panels of the waist gunners were replaced by larger rectangular windows for better visibility. In the initial fifth of the production run, the ventral bathtub turret was replaced by a remote-sighted Bendix turret. Aircraft built after that used a Sperry ball turret. 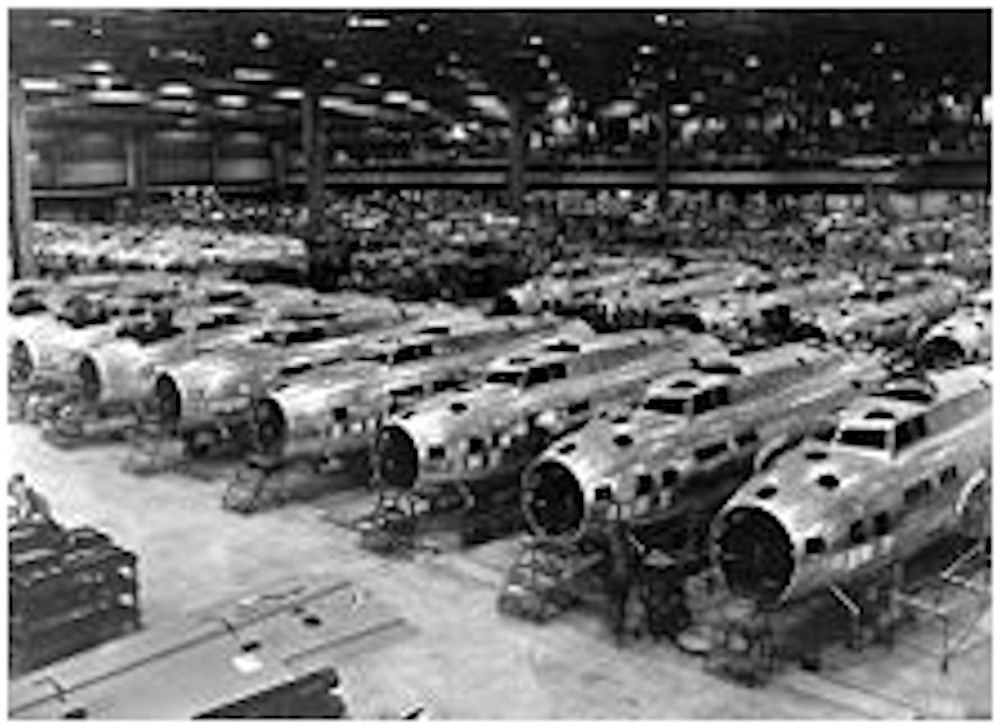 A total of 512 were built, making the B-17E the first mass-produced version of the B-17. One of these was later converted to the XB-38 Flying Fortress. Since production this size was too large for Boeing alone to handle, it was assisted by the Vega division of Lockheed and Douglas. Boeing also built a new plant, and Douglas added one specifically for production of the B-17.