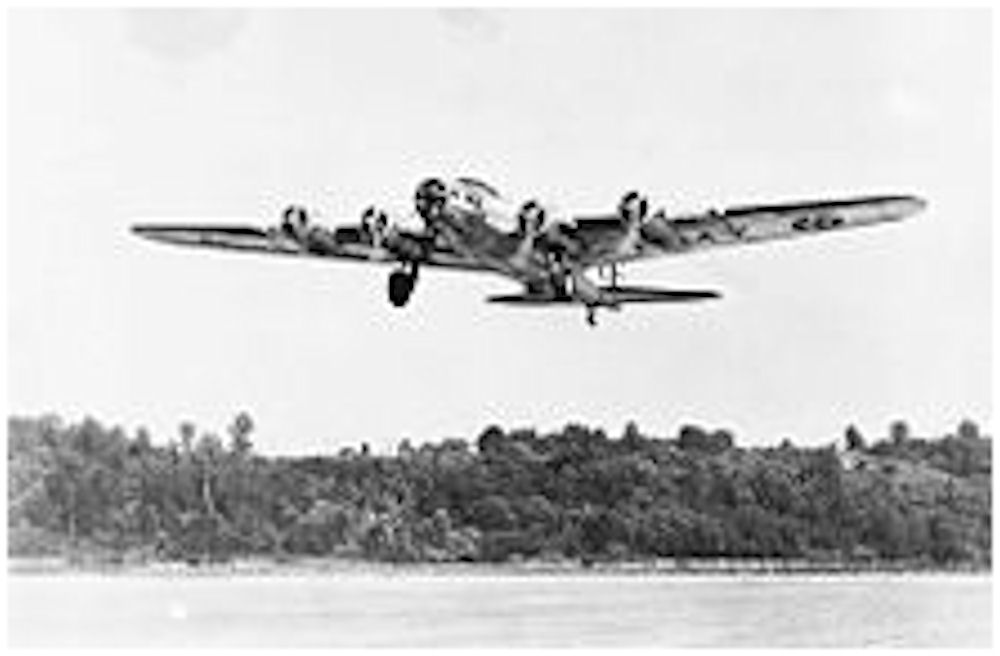 In the interior of the plane, crew members were rearranged. Many internal systems were revised. Most notable of these was a switch from pneumatic to hydraulic brakes.

In October 1942 all planes of the B-17B designation were redesignated RB-17B, R- indicating 'restricted'. The RB-17B was used for training, transport, messenger, and liaison duties. It was in effect a designation of obsolescence.

The "B" series made its maiden flight on June 27, 1939. 39 were built in a single production run, but Army Air Corps serial numbers were scattered over several batches. This was because of limited funding: the Army Air Corps could only buy a few B-17Bs at a time.