Air, like any other fluid, is able to flow and change its shape when subjected to even minute pressures because of the lack of strong molecular cohesion. For example, gas will completely fill any container into which it is placed, expanding or contracting to adjust its shape to the limits of the container.

Because air has mass and weight, it is a body, and as a body, it reacts to the scientific laws of bodies in the same manner as other gaseous bodies. This body of air resting upon the surface of the earth has weight and at sea level develops an average pressure of 14.7 pounds on each square inch of surface, or 29.92 inches of mercury—but as its thickness is limited, the higher the altitude, the less air there is above. For this reason, the weight of the atmosphere at 18,000 feet is only one-half what it is at sea level.

Though there are various kinds of pressure, this discussion is mainly concerned with atmospheric pressure. It is one of the basic factors in weather changes, helps to lift the airplane, and actuates some of the important flight instruments in the airplane. These instruments are the altimeter, the airspeed indicator, the rate-of-climb indicator, and the manifold pressure gauge.

Though air is very light, it has mass and is affected by the attraction of gravity. Therefore, like any other substance, it has weight, and because of its weight, it has force. Since it is a fluid substance, this force is exerted equally in all directions, and its effect on bodies within the air is called pressure. Under standard conditions at sea level, the average pressure exerted on the human body by the weight of the atmosphere around it is approximately 14.7 lb./sqin.

The density of air has significant effects on the airplane’s capability. As air becomes less dense, it reduces (1) power because the engine takes in less air, (2) thrust because the propeller is less efficient in thin air, and (3) lift because the thin air exerts less force on the airfoils.

Effects of Pressure on Density

Since air is a gas, it can be compressed or expanded. When air is compressed, a greater amount of air can occupy a given volume. Conversely, when pressure on a given volume of air is decreased, the air expands and occupies a greater space. That is, the original column of air at a lower pressure contains a smaller mass of air. In other words, the density is decreased. In fact, density is directly proportional to pressure. If the pressure is doubled, the density is doubled, and if the pressure is lowered, so is the density. This statement is true, only at a constant temperature.

Effects of Temperature on Density

Effects of Humidity on Density

The preceding paragraphs have assumed that the air was perfectly dry. In reality, it is never completely dry. The small amount of water vapor suspended in the atmosphere may be almost negligible under certain conditions, but in other conditions humidity may become an important factor in the performance of an airplane. Water vapor is lighter than air; consequently, moist air is lighter than dry air. It is lightest or least dense when, in a given set of conditions, it contains the maximum amount of water vapor. The higher the temperature, the greater amount of water vapor the air can hold. When comparing two separate air masses, the first warm and moist (both qualities tending to lighten the air) and the second cold and dry (both qualities making it heavier), the first necessarily must be less dense than the second. Pressure, temperature, and humidity have a great influence on airplane performance, because of their effect upon density.

Three centuries ago, Mr. Daniel Bernoulli, a Swiss mathematician, explained how the pressure of a moving fluid (liquid or gas) varies with its speed of motion. Specifically, he stated that an increase in the speed of movement or flow would cause a decrease in the fluid’s pressure. This is exactly what happens to air passing over the curved top of the airplane wing.

A practical application of Bernoulli’s theorem is the venturi tube. The venturi tube has an air inlet which narrows to a throat (constricted point) and an outlet section which increases in diameter toward the rear. The diameter of the outlet is the same as that of the inlet. At the throat, the airflow speeds up and the pressure decreases; at the outlet, the airflow slows and the pressure increases.

Air has viscosity, and will encounter resistance to flow over a surface. The viscous nature of airflow reduces the local velocities on a surface and is responsible for skin friction drag. As the air passes over the wing’s surface, the air particles nearest the surface come to rest. The next layer of particles is slowed down but not stopped. Some small but measurable distance from the surface, the air particles are moving at free stream velocity. The layer of air over the wing’s surface, which is slowed down or stopped by viscosity, is termed the “boundary layer.” Typical boundary layer thicknesses on an airplane range from small fractions of an inch near the leading edge of a wing to the order of 12 inches at the aft end of a large airplane such as a Boeing 747.

The difference in surface velocity accounts for a difference in pressure, with the pressure being lower on the top than the bottom. This low pressure area produces an upward force known as the “Magnus Effect.” This mechanically induced circulation illustrates the relationship between circulation and lift. 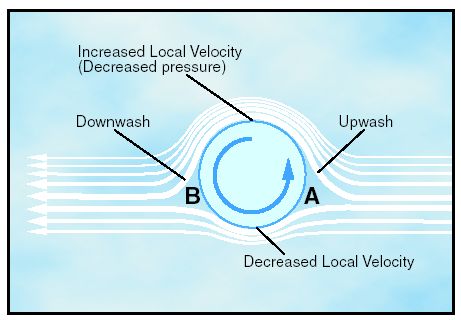 Figure 3: The Magnus effect is a lifting effect produced, when a rotating cylinder produces a pressure differential.

If air is recognized as a body and it is accepted that it must follow the above laws, one can begin to see how and why an airplane wing develops lift as it moves through the air.

It has already been discussed in general terms the question of how an airplane wing can sustain flight when the airplane is heavier than air. Perhaps the explanation can best be reduced to its most elementary concept by stating that lift (flight) is simply the result of fluid flow (air) about an airfoil—or in everyday language, the result of moving an airfoil (wing), by whatever means, through the air.

Since it is the airfoil which harnesses the force developed by its movement through the air, a discussion and explanation of this structure will be presented.

An airfoil is a structure designed to obtain reaction upon its surface from the air through which it moves or that moves past such a structure. Air acts in various ways when submitted to different pressures and velocities; but this discussion will be confined to the parts of an airplane that a pilot is most concerned with in flight—namely, the airfoils designed to produce lift.

By looking at a typical airfoil profile, such as the cross section of a wing, one can see several obvious characteristics of design.

In figure 4, note that the two extremities of the airfoil profile also differ in appearance. The end which faces forward in flight is called the leading edge, and is rounded; while the other end, the trailing edge, is quite narrow and tapered.

The construction of the wing, so as to provide actions greater than its weight, is done by shaping the wing so that advantage can be taken of the air’s response to certain physical laws, and thus develop two actions from the air mass; a positive pressure lifting action from the air mass below the wing, and a negative pressure lifting action from lowered pressure above the wing.

The fact that most lift is the result of the airflow’s downwash from above the wing, must be thoroughly understood in order to continue further in the study of flight. It is neither accurate nor does it serve a useful purpose, however, to assign specific values to the percentage of lift generated by the upper surface of an airfoil versus that generated by the lower surface. These are not constant values and will vary, not only with flight conditions, but with different wing designs.

It should be understood that different airfoils have different flight characteristics. Many thousands of airfoils have been tested in wind tunnels and in actual flight, but no one airfoil has been found that satisfies every flight requirement. The weight, speed, and purpose of each airplane dictate the shape of its airfoil. It was learned many years ago that the most efficient airfoil for producing the greatest lift was one that had a concave, or “scooped out” lower surface. Later it was also learned that as a fixed design, this type of airfoil sacrificed too much speed while producing lift and, therefore, was not suitable for high-speed flight. It is interesting to note, however, that through advanced progress in engineering, today’s high-speed jets can again take advantage of the concave airfoil’s high lift characteristics. Leading edge (Kreuger) flaps and trailing edge (Fowler) flaps, when extended from the basic wing structure, literally change the airfoil shape into the classic concave form, thereby generating much greater lift during slow flight conditions.

On the other hand, an airfoil that is perfectly streamlined and offers little wind resistance sometimes does not have enough lifting power to take the airplane off the ground. Thus, modern airplanes have airfoils which strike a medium between extremes in design, the shape varying according to the needs of the airplane for which it is designed. Figure 5 shows some of the more common airfoil sections.

In a wind tunnel or in flight, an airfoil is simply a streamlined object inserted into a moving stream of air. If the airfoil profile were in the shape of a teardrop, the speed and the pressure changes of the air passing over the top and bottom would be the same on both sides. But if the teardrop shaped airfoil were cut in half lengthwise, a form resembling the basic airfoil (wing) section would result. If the airfoil were then inclined so the airflow strikes it at an angle (angle of attack), the air molecules moving over the upper surface would be forced to move faster than would the molecules moving along the bottom of the airfoil, since the upper molecules must travel a greater distance due to the curvature of the upper surface. This increased velocity reduces the pressure above the airfoil.

Bernoulli’s principle of pressure by itself does not explain the distribution of pressure over the upper surface of the airfoil. A discussion of the influence of momentum of the air as it flows in various curved paths near the airfoil will be presented. 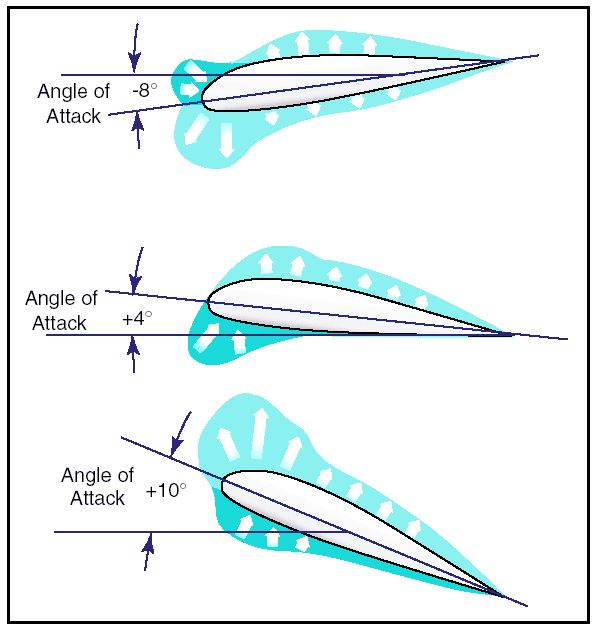 Figure 7: Pressure distribution on an airfoil.

The center of pressure is determined through calculation and wind tunnel tests by varying the airfoil’s angle of attack through normal operating extremes. As the angle of attack is changed, so are the various pressure distribution characteristics. 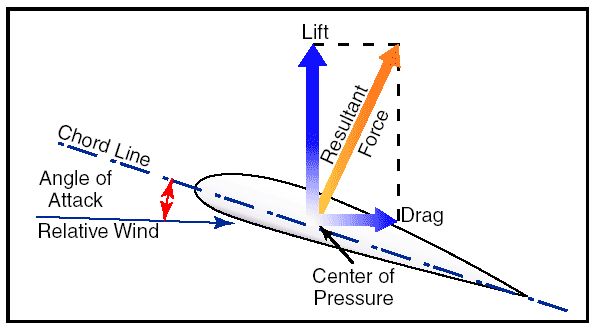 Figure 8: Force vectors on an airfoil. 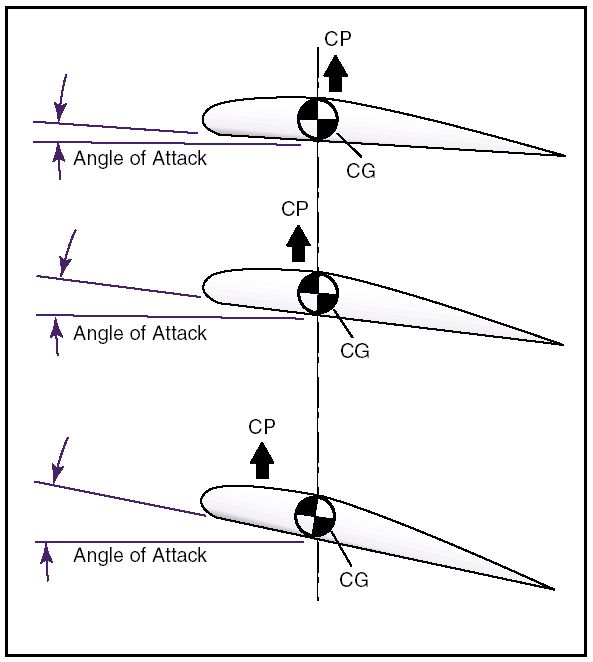 Figure 9: CP changes with an angle of attack.

Airplane loading and weight distribution also affect center of gravity and cause additional forces, which in turn affect airplane balance.