Welcome to the 91st Hop Program

All Hops must be flown while connected to JoinFS

Please be in Teamspeak at ts3.digitalthemepark.com while you are flying

Click Here to See the Pilot Statisticsand see a link to Download the Scenery
USAAF California Airfield V4.1Updated April 11, 2016.Scenery's by Brian *Banjoe* Callahan.
For your flying pleasure on Phase 1 of our Hops

The Purpose of our Hop Program follows

The Hop Program is a series of 135 flight plans, divided into 5 Phases. Each Phase has a purpose, and as the pilot progresses, is awarded for completion of each Phase, primarily by advancement in rank. (See Rank, Promotions & Awards)

Three things to keep in mind.

1 - We are a B-17 Group and our first priority is to fly B-17s. Pilots are expected to be active in the Hop List in order to be able to fly Missions and Campaigns. Once you are active with your B-17, these other events can also be flown with a Fighter to provide Escort.

2 - The Hop Program is designed as a training tool for B-17 and of course should be flown with the B-17 in order to count.

Note: The Hop Program is strictly voluntary, and is not mandatory. How far you go, is entirely up to the individual but you are expected to be active with the B-17.

Phase 1 is designed with the beginner in mind that may not be that familiar with the A2A Boeing B-17. The phase consists of 63 hops, most are under an hour in duration. Flight times determined using an air speed of 150 mph. These times are only a guide.  All of the hops in this phase, helps the pilot to get to know the B-17, and honing his skills in take offs and landings.

At completion of Phase 1, the pilot may apply for promotion to Staff Sergeant. Apply Here

At completion of Phase 2, the pilot may apply for promotion to the rank or 2nd Lieutenant and is placed in command of his B-17, complete with repaint of B-17 he had previously chosen. Apply Here

Phase 3 starts the beginning of training in Formation Flight. Pilots are required to fly with one additional pilot also in the B17.

Phase 4 continues the pilot's Formation training with the addition of a third pilot to form a 3-aircraft Element of B-17's called the "V" element formation.

Note: Pilots having already flown Phase 4 prior to the current division and may apply for the "Asiatic-Pacific Campaign Medal", will automatically receive the "American Campaign Medal". (Awarded Annually)

Phase 5 continues the pilot's Formation training with the addition of a fourth pilot to form a 4-aircraft B-17 Element, called the "Box" element formation.

At the completion of Phase 5, Pilots are awarded the "European-African-Middle Eastern Campaign Medal". In addition, the Pilots earn the "Army Commendation Medal", for completion of all 5 phases, and has graduated from the 91st BG Hop Program. (both awarded annualy)

Note: Having graduated with honors, the Pilot may be called upon (requested) to accompany student Pilots that may require assistance in the Formation phases so they have the proper number of aircraft for that particular phase.

The Phase 1 Hops are ficticious and they are intended to polish flying and navigation skills. Start in daylight with clear weather and gradually convert to real time and weather as your skills develop 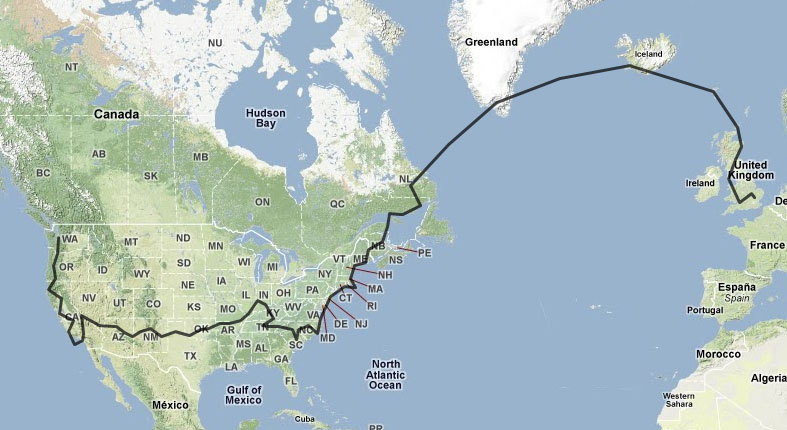 Phase 2 is another ficticious route, a Southern adventure with great enroute scenery best flown with real time and weather conditions To begin Phase 2, Spawn to parking at KMCF

To end Phase 2, Fly from EGLK to UKBA on your own

Lt Col Stanley Wray and his Ragged Irregulars flew this exact route between June and October of 1942 as the 91st was transfered from MacDill to Bassingbourn.

To begin Phase 3, Spawn to parking at KCMF

To end Phase 3, Fly from EGSS to UKBA on your own

On 7 December 1941, a group of 12 B-17s of the 38th (four B-17C) and 88th (eight B-17E) Reconnaissance Squadrons, en route to reinforce the Philippines, were flown into Pearl Harbor from Hamilton Field, California, arriving during the Japanese attack. Leonard "Smitty" Smith Humiston, co-pilot on First Lieutenant Robert H. Richards' B-17C, AAF S/N 40-2049, reported that he thought the U.S. Navy was giving the flight a 21 gun salute to celebrate the arrival of the bombers, after which he realized that Pearl Harbor was under attack. The Fortress came under fire from Japanese fighter aircraft, though the crew was unharmed with the exception of one who suffered an abrasion on his hand. Enemy activity forced an abort from Hickam Field to Bellows Field, where the aircraft overran the runway and into a ditch where it was then strafed. Although initially deemed repairable, 40-2049 (11th BG / 38th RS) suffered more than 200 bullet holes and never flew again. Ten of the 12 Fortresses survived the attack

Phase 4a - The Asiatic-Pacific Campaign

Phase 4b - The American Campaign To begin Phase 4, Spawn to parking at SRF

Here is a link to Flight Plans for all Phase 4 and 5 hops.(Plan-G and FSX plans)

Here is a link to Phase 4 and 5 Airports modified for addition B-17G parking. 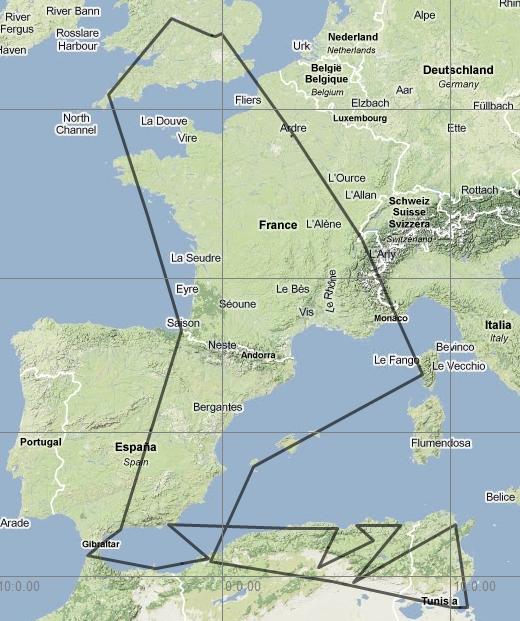 This completes the Hop Program

My Computer Is Down
by Sleeper 1 months ago